Roses are one of the most common tattoo ideas, and while they might be considered cliché that hasn’t stopped their popularity one bit. Roses often make us think of romance and relationships but there’s many more symbolic meanings behind rose tattoos than just a pretty flower. Roses have a unique appeal because of their popularity and it’s no coincidence that they’re associated with love.

The Victorians were responsible for many trends and traditions. They were by nature a society that was nostalgic and romance obsessed. Roses were a frequent addition to their artistry thanks to the ancient association with Venus, the Roman goddess of love. Venus was also considered to be a patron of beauty and charm, both of which can be connected to roses.
Roses that are associated with Venus/Love are always red. According to the legends, when the world was young all roses were white, but then one day Venus stumbled and pricked her foot on the thorns, as she bled her blood dyed the rose red.

While the Phoenix is the most common tattooed symbol of rebirth the Greeks considered roses to be an important symbol of life because of the red connection to blood. According to Greek mythology, the goddess Aphrodite was in love with Adonis. One day he was attacked by a boar and fatally wounded, while rushing to his aid Aphrodite fell into a thicket of brambles which bloomed into roses where her blood fell. Moved by her struggle Zeus granted Adonis life so he triumphed over death. 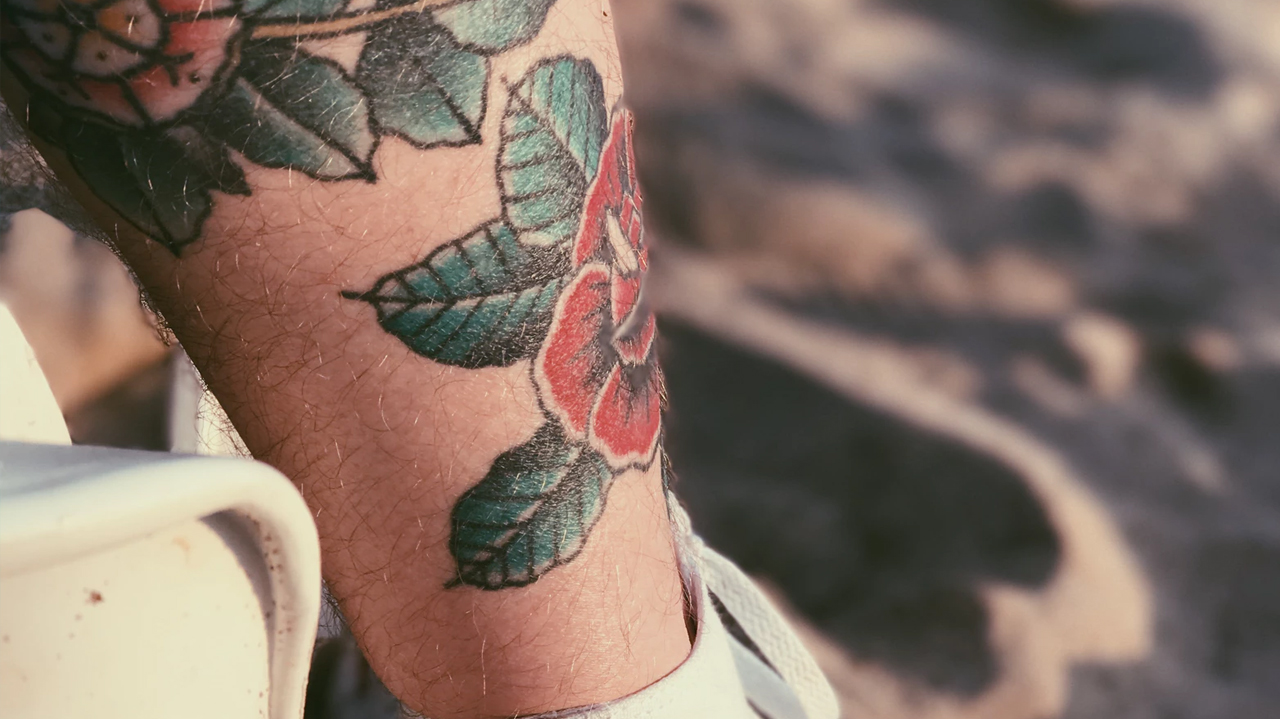 The color yellow is always associated with friendship. It is used in many popular songs (Tie a Yellow Ribbon, The Yellow Rose of Texas etc.) as a symbol of friendship blossoming into love. Yellow roses are much less common than their red counterparts and much less robust. They are delicate and require more care which, like friendship, means attention and nurturing. Yellow is also associated with warmth, optimism and well-being. A yellow rose can be a sign of joy and light heartedness.

White is traditionally the color of purity and it has been associated with death for thousands of years because of this. White roses/flowers are also a symbol for true love but it’s rare for people to connect them anymore asides from in wedding bouquets. As they can also symbolize innocence white roses are sometimes put with kids names.

Roses were originally pink and in their wild varieties they still are. Pink roses symbolize gratitude, thanks, admiration, and gentleness. They were usually given as a sign of young love or thoughtfulness rather than full romance. Different shades of pink often affect the meaning of pink rose tattoos. Pink is a less harsh form of red which is why it may have evolved to have similar meanings to red roses. Historically there are few myths involving pink roses but their popularity as a color rose tattoo often has to do with people who like red roses but don’t want to create romantic meanings with their tattoo design.