Once upon a time tattoos were only for sailors, bikers, or hookers. Nowadays it seems like everyone has a tattoo but the old designs are still aesthetically popular. Traditional tattoos follow a very specific set of rules and many people don’t even realize that each design has meaning behind it. Nautical stars, anchors, and even hula girls once upon a time illustrated the journey of many sailors in a life story inked in skin.

Old ships can be very pretty, and while a ship might seem a little cliché for a sailor the meaning originally meant that they had traveled around Cape Horn. Cape Horn is the southernmost part of Chile and is where the Atlantic and Pacific oceans meet. It’s pretty significant in terms of seafaring so it’s an obvious choice for sailors.

Swallows represent distance. A swallow will migrate thousands of miles each year and in tattoo form each swallow means a sailor has traveled 5000 miles. The colors of the swallows can also illustrate different countries depending where the 5000 has taken them. Swallows are usually done in pairs but can be individual or threes. 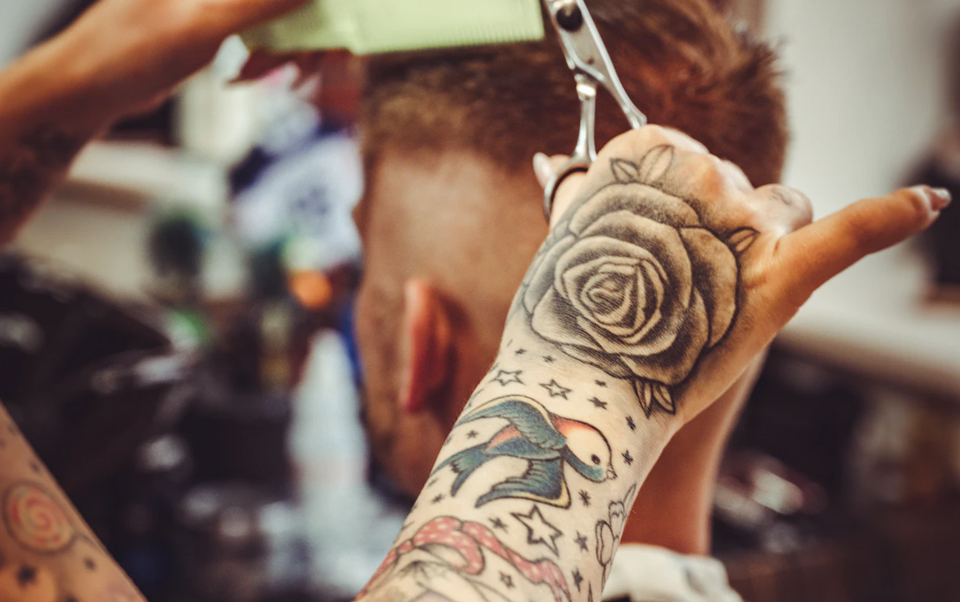 Turtles might seem like a rather modern idea. The turtle isn’t one of the more popular traditional designs but it was a very important one for sailors. The shellback turtle was part of Neptune’s initiation ceremony that sailors went through when crossing the Equator for this first time. A less popular but more obvious choice was Neptune himself to mark the occasion.

Anchor tattoos were reserved for those sailors who sailed primarily the Atlantic or who were Merchant Mariners. Today anchors have a much more literal meaning and many choose them to illustrate not being held back in their lives.  Crossed anchors however, usually placed on the hand were a sign of rank meaning Boatswain, Bos’n, or a boastswain’s mate.

A common knuckle tattoo these were a talisman of sorts that sailors hoped would give them strong grip on the rigging. A poor grip could mean you were washed overboard or potentially a long deadly drop to the deck if you were climbing.

Another set of traditional tattoos that has started to fade into obscurity. These animals were more commonly seen in Asian tattooing until WW2. During WW2 they were inked on the feet of sailors as a talisman against drowning. When ships were torpedoed it was a common site for wooden crates of livestock to survive because they floated. Roosters and pigs were sometimes the only survivors so by putting them on a sailor’s feet he hoped he would float and survive should the ship go down.

A compass or star is quite a literal tattoo. It’s a prayer that the sailor won’t get lost and will always be able to find their way home.

Hula girls were a rather obvious choice and usually illustrated that the sailor had been to Hawai’i, however, having a pin up or a girl tattooed dates much further back and often was a reminder of a sweetheart back home or an homage to the “sailor’s life” with a girl in every port.